Early on in my life I was brought up knowing that God created the world and everything in it.  I learned that Jesus Christ died on the cross for my sins and that he wanted a personal relationship with me.  I learned that God has a plan for each and every individual, that nothing happens by accident, and that God works for good for those who love him and are called according to his purpose.

When I was 16 I had been competing in gymnastics for six years.  My last two years I had competed nationally, my last year ranked in the top 50 All-Around in the nation in my age group and class and on the horizontal bar in the top 15.  I was almost guaranteed a gymnastics scholarship to college and felt I had complete control over my life. I felt that I could do just about anything with my body and my future that I wanted.

One month after nationals in 1990 I was involved in gymnastics accident when I lost control of my body during practice.  That injury left me almost completely paralyzed from the shoulders down, a C-5.quadriplegic.  In one instant, I went from being an athlete feeling completely in control to being paralyzed, unable to move and completely helpless.  I was completely dependent on others for everything.  No matter what my future held in store, I could not live independently ever again and I would certainly never to gymnastics again.

I spent three weeks in the hospital followed by three months of therapy and rehabilitation.  When I got out of the rehab center, I resumed my junior year of high school already half over.  With the help of friends and the school I was able to catch up and was ready to graduate with my class a year and a half later.

I attended Franklin and Marshall College the following fall and four years later graduated with a major in math and a minor in philosophy.  Through a mutual friend during the second semester of my freshman year, I entered into a relationship with a young lady I would eventually marry.  She started working for me as a personal care attendant while I was attending college.  Before long the relationship took a new turn and we started dating.  We were married a year after I graduated from college. During my senior year of college I developed an interest in computer science.  One month after graduating, I began an internship at Lancaster Laboratories.  Three months later I was hired full-time and have been there ever since.

By humbling me as He did, God gave me the unique opportunity to reflect on my life and allowed me to see many ways He is working in the world around me.

When I was two years old, my mother and father were divorced and my mom was forced to raise my brother and me by herself until I was age 8.  Because she had to raise my brother and I as a single parent, she exhibited a lot of patience. Living with a disability definitely requires patience because just about everything now takes longer and is more difficult.  When I was 10, my mother married again to a man I am proud to say was the best father that I could ever have asked for.  He loves the Lord Jesus, and this has been very apparent as I have grown up watching him.  Along with the personal qualities that made him a great father, he was an attorney.  With my disability came numerous legal battles that God had prepared us for in advance, just by the composition of our family.  Through my time in gymnastics I also learned perseverance.  The patience, perseverance and knowledge that God is in control of ever detail of our lives helped immensely in my rehabilitation after my accident and in every aspect of my life.

James 4:13  Come now, you who say, “Today or tomorrow we will go into such and such a town and spend a year there and trade and make a profit”— 14  yet you do not know what tomorrow will bring. What is your life? For you are a mist that appears for a little time and then vanishes. 15  Instead you ought to say, “If the Lord wills, we will live and do this or that.”

When I was first injured, everything changed.  I became acutely aware that I was not in control.  My plans were finished and a whole new unknown future lay before me.  Within the first few months following my accident I found this passage of scripture that provided comfort that I have clung to since that time.  With the backdrop of a family that knew and loved God, friends and a church who were coming around me to support me in my time of need and an upbringing that taught me from childhood about God and how he has worked in the past and about how scripture points toward future prophetic fulfillment, God gave me through this passage, an eternal perspective that has encouraged me to never give up.

14b What is your life? For you are a mist that appears for a little time and then vanishes.

We were all made for eternity.  While we all had a beginning at conception, our lives from that point on will have no end.  Even if we would manage to live 150 years on earth, that amount of time is like a mist that quickly vanishes compared with the eternity for which we were created.  I like to use the example of a yardstick.  Imagine a yardstick extending out in both directions with no end either way, our time that we live on earth could be represented by a fraction of one of the measurement marks on the stick.

A friend of mine, trying to comfort me (and probably himself) regarding my inability to move, told me immediately after I was injured, “I am sure it is only temporary.”  He was absolutely right!  Although probably not exactly what he meant, an eternal perspective has enabled me to endure knowing that ALL of life on earth is only temporary and we have yet to experience the awesome reality for which we were created.

The apostle Paul had the right perspective knowing that our sufferings are nothing compared with our eternal future glory.

Rom 8:18  For I consider that the sufferings of this present time are not worth comparing with the glory that is to be revealed to us.

He also recognized that all our accomplishments will pale in comparison to the glory that we will see with Christ for an eternity in heaven.

Philip 3:7 But whatever gain I had, I counted as loss for the sake of Christ. 8 Indeed, I count everything as loss because of the surpassing worth of knowing Christ Jesus my Lord. For his sake I have suffered the loss of all things and count them as rubbish, in order that I may gain Christ
9 ¶ and be found in him, not having a righteousness of my own that comes from the law, but that which comes through faith in Christ, the righteousness from God that depends on faith—

When we can look at life from an eternal perspective, the things of the world are less important, our trials and suffering are more bearable and our hope for an end to suffering and pain is strengthened and reinforced.

This hope of mine is only possible, however, because it is built on the foundation that Jesus Christ is my Lord and Savior. Anyone whose only hope is in the things of this world and the accomplishments that are amassed during the brevity of a lifetime will be shocked by an eternity of pain and suffering that will cause the good good things in life to quickly become a fading dream and memory.

If you like what you read here at Eternityinview.com, please consider supporting this site and keeping it ad-free. 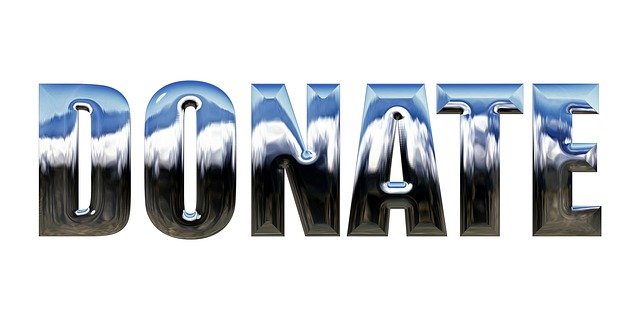 Temporary and Eternal Nature of Life

Temporary and Eternal Nature of Life

If you have questions about living with eternity in view, comments about this website, or topics you would like to see addressed, please email eternityinview@outlook.com.